Most pet lovers are fascinated by the origin and history of their furry friends’ breeds. Japan is one of the countries historically known as one of the main origins of dog breeds. The country is home to many considerably popular and unique breeds found across the world.

When you talk about Japanese dog breeds, what comes to the minds of most pet lovers is the Akita Ken or Shiba Inu. However, it is important to mention that the country is home to some other unique dog breeds. Here, we look at the 13 interesting Japanese Dog Breeds that you might want to consider to have as your pet. Get ready to learn about some of the most unique and extremely rare types of dogs! 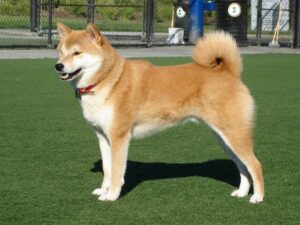 As mentioned above, the Shiba Inu is among the most popular Japanese dog breeds. The dog breed originates from the mountainous places in the country. Most people confuse this type of dog with the Hokkaido Inu or the Akita Inu.

Originally, the dog breed was kept as guard dogs and was also used for hunting, thanks to their spirited and bold character. The Shiba Inu has a 12 to 15-year life span, when healthy. Unfortunately, Shibu Inu nearly went extinct due to the effects of the bombs after World War II.

They are double-coated and comes in different colors which include black, red, white sesame, and tan. The dog breed is also known for the high-pitched noise known as the  “Shiba scream,” which they produce when excited or happy. In addition to this, the Shiba Inu is easy to train as they are very independent, intelligent, and strong-willed. Some of the breed’s common health issues include hip dysplasia, various allergies, and luxating patella. 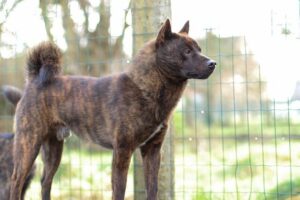 As the name suggests, the Kai Ken is a Japanese dog breed that originated from the province of Kai. Unknown to most people, the Kai Ken was originally a wild dog but was later bred in the mountainous areas of the country to be used for hunting.

The dog breed comes in two distinctive styles, which include one that has a bear-like face with husky-like features, and a skinnier one that resembles a fox. Regardless of the style, this breed is medium in size; in fact, it weighs about 25 to 55 pounds.

Just like most Japanese dogs, the Kai Ken is intelligent and extremely fast. It also comes with features that serve as a camouflage, which explains why it mainly used for hunting. However, unlike other breeds, it is not independent. 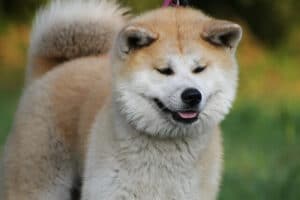 This is another popular breed that makes it to our list of interesting Japanese dog breeds. The Akita Inu shares traits and ancestry with other Japanese breeds and is considered as the largest Spitz breed for the country.

This type of dog comes with thick fur and a double coat, which allows it to withstand cold weather conditions. The Akita Inu has some similar traits with the Shibu Inu, but it has a different size and temperament. And similar to the Shibu Inu, it almost became extinct due to the bomb raids during the world war. 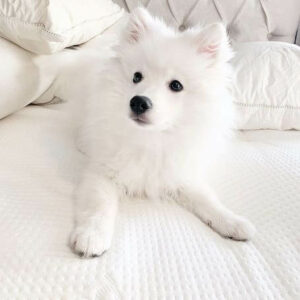 The Japanese Spitz also makes to our list, but history seems to contradict our information about its origin. According to history, the dog breed came from Germany and was introduced to Japan by its neighboring country, China, in 1920. Just like other dogs in the Spitz family, the breed has wedge-shaped snouts and pointy ears. It also has long, dense fur and a white coat.

The dog breed makes a perfect companion as it loves cuddles and attention. Most pet lovers like the “anime dog” despite their small size because they are loyal and energetic in nature. The Japanese Spitz weighs between 11 to 20 pounds and stands at between 12 to 15 inches.

The Tosa Inu is another interesting dog breed whose origin can be traced back to Japan. It is a large, rare breed that is commonly known as the “fighting dog” due to its fearless trait and history of being used in legal dog fights. The dog weighs about 100 to 200 pounds and stands at about 23 inches in height. These dogs like to please their owners and are known to protect their families. 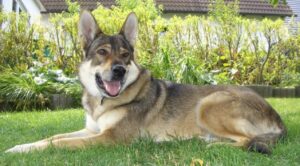 The Shikoku is another popular breed when it comes to Japanese dog names. It is one of the Japanese Spitz dogs, though it differs from the other breeds in the family. The dog breed comes with a thick coat that is usually covered by white, red sesame and black sesame. Originally, the dog was used for hunting. 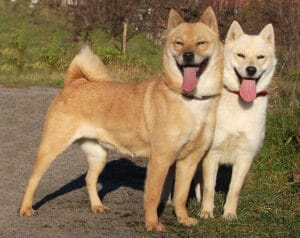 Hokkaido, also known as Ainu Ken, is a dog breed that was originally bred by the indigenous Japanese people. The dog breed is known to withstand harsh weather conditions but is not suitable for hotter climates. It weighs about 20 pounds and is loyal, brave, patient, and incredibly intelligent. 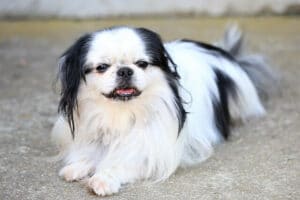 The dog breed is a small pet that has long silky fur and a distinctly flat snout. It weighs about 3 kg or 6.6 pounds. The Japanese Chin is a popular breed among most classes of people, including royalties. 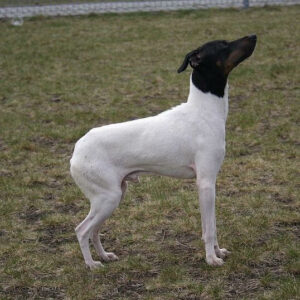 The Japanese Terrier is a rare breed that is known for its friendly nature. However, although most people know it as a Japanese dog, history states that the breed originated from the Smooth Fox Terrier, hence the name. The dog breed comes with stiff fur on a short, dense coat and stands at about 13 inches and has the signature black-colored head. 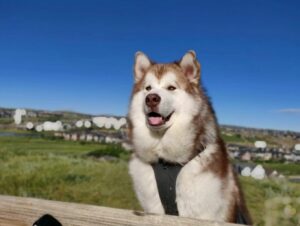 The Sakhalin Husky is the hardest to find around the world among Japanese dog breeds. This dog breed is loyal and very friendly as compared to most dogs, though they are relatively hard to please. In addition, these dogs are independent, confident, alert, and highly intelligent.

This is another interesting Japanese dog breed, which is considerably popular in the country. The Sanshu Inu is a cross between other Japanese dogs, including Aichi dog, Chinese Chow Chow, and other Inus. This dog is known to be a very friendly companion for most families in the country and was also bred to be great guard dogs. 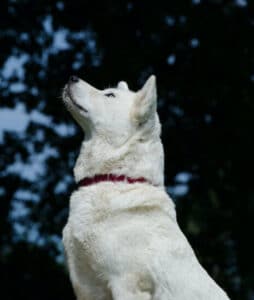 The Kisha Ken dog breed, also known as Kishu Inu, originates from the old Kishu region in Japan, which is now known as the Wakayama prefecture. Just like most of the other Inu dog breeds, the Kishu Inu was bred for hunting. The dog breed comes with physical features that make it similar to the Hokkaido, but in terms of temperament, it is closer to the Shibu Inu. 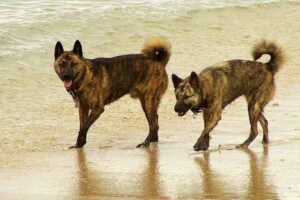 The Ryukyu is another rare Japanese dog breed that has originated from Okinawa, which is the southern island of the country. Originally, these dogs were used to track wild boars and hunt on the island. The most distinctive feature of this dog breed is the dewclaw that is found on the back of their feet. In addition, they are also known to be able to climb trees effortlessly.

Dennis Miriti is a content writer for dogs, dog breeds, dog foods and dog products. A lifelong animal lover Denis Miriti has been a freelance writer since 2014. He’s also been training dogs, owns two dogs and also offer advice on the right dog breeds to choose either as rescue dogs, herding dogs or one that matches your personality.