What is Addison’s Disease? 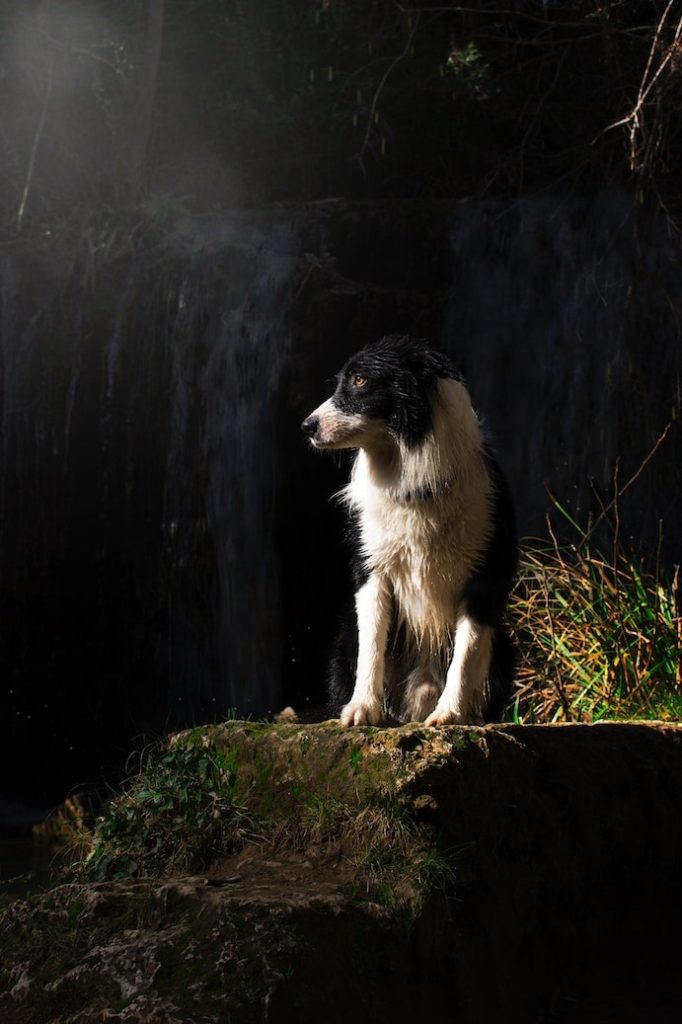 Addison’s disease is a serious but treatable disorder that can occur in dogs, humans, cats, and other mammals. Also known as adrenal insufficiency, it occurs when the adrenal glands (which are located near the kidneys) are unable to function as well as they should. Adrenal glands are an important part of the endocrine system.

Their job is to produce hormones and steroids that support metabolic function, the immune system, blood pressure, and the way the body and brain responds to stress. When the adrenal glands stop producing the correct amount of hormones, many parts of the body are affected.

One of the most important hormones that the adrenal glands produce is called cortisol. Cortisol controls how and when your brain responds to both physical and psychological stress. Let’s say your dog gets a piece of gravel stuck in their paw. Their adrenal glands will trigger cortisol production, which will tell the brain to respond to the pain. Cortisol is a very important part of bodily function for mammals. Without the proper amount of cortisol, the brain will not be capable of responding to daily stressors in normal or healthy ways. 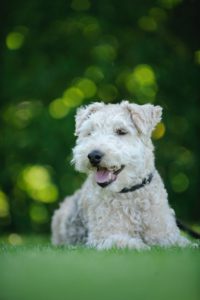 The causes of Addison’s disease are currently unknown. That means that there is nothing you can do to prevent it from occurring. Although Addison’s has been known to occur in all types of dogs, there are some factors that have been identified as making a dog more susceptible.

First, it is more likely to occur in female dogs. Second, it is less likely to occur in older dogs; dogs are most likely to be diagnosed when they are young or middle-aged. And finally, some breeds are more likely than others to be diagnosed with adrenal insufficiency. Some of those breeds include standard poodles, bearded collies, duck tolling retrievers, and west highland terriers. However, all breeds and breed mixes are capable of developing Addison’s disease.

Most dogs that are diagnosed with Addison’s disease but are not treated can develop a very serious condition called “Addisonian crisis”. Addisonian crisis is a life-threatening condition that is triggered by dangerously low levels of cortisol. If your dog is experiencing the symptoms listed below, the best thing you can do is talk to your veterinarian before a crisis occurs. 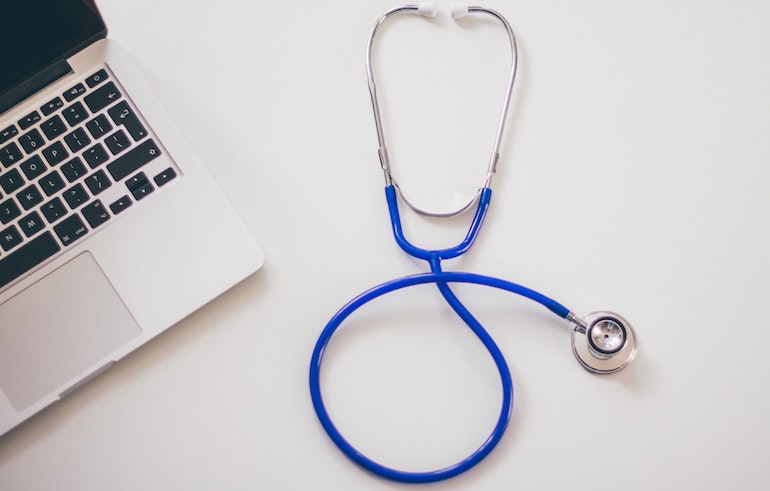 As with all illnesses, early detection is best. Unfortunately, the signs and symptoms of Addison’s disease can be easily confused with other, more common illnesses. That can make it difficult to diagnosis prior to an Addisonian crisis.

Remember that the adrenal glands and the hormones they produce help to keep many different areas of the body running smoothly. As a result, there are a wide variety of symptoms of adrenal insufficiency. Psychological problems, digestive problems, and heart problems are all typical.

Here are some of the common canine symptoms of adrenal insufficiency:

If your dog has just been diagnosed with Addison’s disease, there is no reason to panic. Your dog will need routine treatment for the rest of their life but will go on to be their happy, healthy, tail-wagging selves once again. 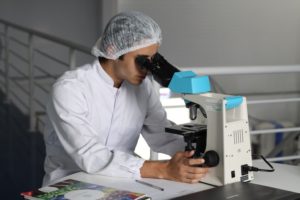 The initial diagnosis might be somewhat costly. That is because dogs do not often arrive for treatment until they have already entered an Addisonian crisis. To treat the crisis, hospitalization will be required. The cost will entail overnight stays, IVs, medications, and a variety of tests. Bloodwork will need to be performed in order to diagnose adrenal insufficiency.

If Addison’s is suspected, the veterinarian will also most likely be interested in running tests on the dog’s heart, kidneys, liver, blood sugar levels, pancreas, thyroid, and urine. Without treatment, the dog’s heart will be unable to effectively pump blood to the rest of their body, leading to a fatal Addisonian crisis. 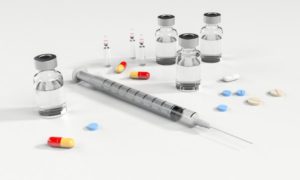 Treatment regimens are personalized for each individual dog, and unfortunately, it can take time to determine exactly how much medication your dog’s body needs. In the first few months following a diagnosis of Addison’s disease, you may need to spend a fair amount of time working with your vet to identify whether the amount of medication your dog is taking needs to be raised or lowered for optimal health. Furthermore, the amount they need will likely change over time.

Greenies Pill Pocket Tablet Variety Pack (3, 3.2 Oz. Packs)
$18.98
Buy on Amazon
” or other yummy treats that you can hide their pill in. Some of the common Addison’s treatment pills are Prednisolone and Fludrocortisone. They both cost between roughly 25 cents and $1 a day. The total cost will depend on how many milligrams of hormonal treatment your dog requires.

Sometimes instead of a pill, veterinarians will recommend hormone replacement therapies that come in the form of injections. One of the more common ones is Percorten-V. This is an injectable medication that costs around $200 for a 25-milligram vial. If your vet prescribes this medication or one like it, you will most likely need to give your dog the injection once every 3 to 4 weeks. 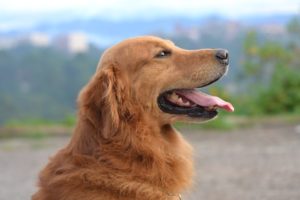 There are certain times in your dog’s life when medication adjustments will be necessary. Since cortisol is related to the way that the body responds to stress. Higher doses of medications are typically recommended when your dog is going through something particularly stressful. This includes illnesses and surgeries.

If your dog has Addison’s and they become sick with something completely unrelated, it is important to let your vet know. They may recommend your dog receive some extra doses of hormone replacement therapy until they recover. Likewise, psychological stressors such as moving to a new home or a fear of thunder during the rainy season can also require additional treatment.

Remember that treatment for Addison’s disease is serious. Although the treatment is incredibly effective when done correctly, it can become fatal when the vet’s orders are not followed. Never adjust your dog’s hormone replacement therapy medications without first talking to your vet. If you are ever concerned that you’ve forgotten a dose, or accidentally overdosed, talk to a professional immediately. Try your best to get into a good routine with giving your dog their medication, and have a plan of who to call when accidents happen.

Dietary changes are not necessary for the successful treatment of Addison’s disease. The only way to effectively treat adrenal insufficiency is with hormone replacement therapy. However, there are some holistic practices that can help make your dog even healthier and happier. 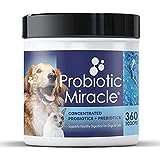 NUSENTIA Probiotic Miracle Dog Probiotics for Dogs (Up to 360 Servings)
$39.95
Buy on Amazon
to your dog’s diet. Many dogs struggle with throwing up, diarrhea, or digestive problems because of Addison’s. In that case, you could add digestive enzymes to their meals.

Additionally, there are a variety of dog foods made for those with sensitive stomachs. Limited ingredient foods with whole proteins (“salmon” rather than “salmon meal”) are typically best for dogs with sensitive stomachs. Dogs with hearts affected by Addison’s disease would benefit most from a heart-healthy diet. Their diet should include “taurine”, an amino acid that has been found to support canine heart health. 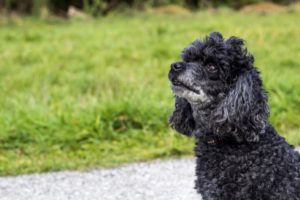 With proper treatment, dogs with Addison’s disease can have a normal life expectancy. Throughout your dog’s life, remember to look out for the symptoms associated with high and low levels of cortisol. If you’re noticing symptoms, that may mean that it’s time to adjust your dog’s hormone replacement therapy to meet their body’s current needs. Remember that a diagnosis of Addison’s is no reason to panic – your dog is going to go on to live a happy, healthy life.

6 thoughts on “Addison’s Disease in Dogs”