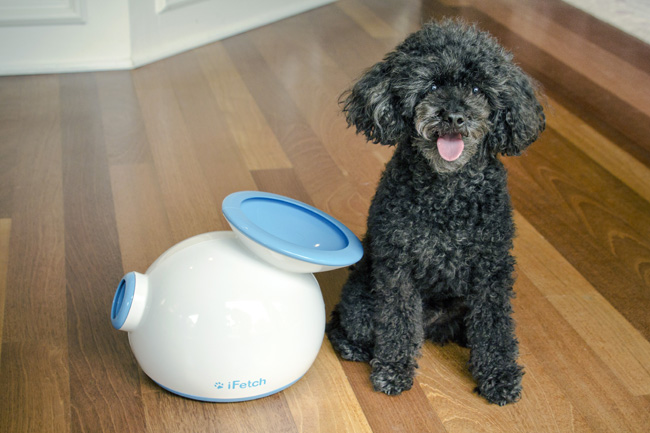 If you’ve ever gotten worn out or bored tossing a tennis ball to your doggie and thought, ‘Why can’t there be a machine that does this?,’ you’re not alone! The iFetch was founded based on that very thought.

What’s cool is that the idea came from a kid and his grandfather, not some big corporation. The iFetch was created when teen Grant Hamill kept getting interrupted by his eager toy poodle while doing his homework. Grant wondered if there was a way to make a ball launching machine. After talking to his grandfather Denny, the iFetch idea was born.

Don’t be confused by its name – the iFetch is not an Apple product. There is no connection between the Hamills and that huge corporation. It’s always awesome to find a family business that you can support, especially when you’re shopping online, since many products sold on the internet come from huge corporations. 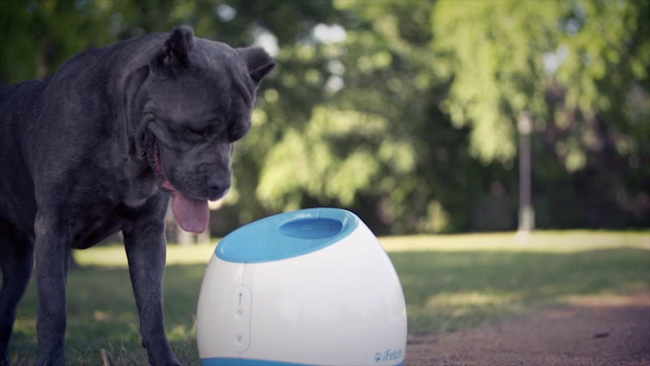 If you’re thinking that a product created by a boy and his grandfather might be shoddy or unprofessional, think again. The Hamills spent several months teaming up with experts to work on prototypes before finally settling on the proper model. They created a Kickstarter page in June 2013 to help secure the initial funding, and the public response was overwhelmingly supportive, with $88,221 in donations, far more than they had requested.

The iFetch came to market in 2014. First, the Kickstarter backers received their orders, and then the dog ball launcher became available for the general public to purchase. Since then, it’s been smooth sailing, as the product has sold quickly and been the subject of numerous tv and magazine features.

Where to Buy iFetch

As for where to buy the iFetch, a few retail pet stores across the country do carry the product, but your best bet is to find it online. Currently, Amazon has plenty of brand new iFetches in stock. This is a long-term investment that should be well worth the money since it can provide months of enjoyment. For more on how the product works, see our in-depth iFetch review and our iFetch Too review.

Or, read all about a different automatic ball launcher on the market called the GoDogGo.