There’s this beautiful, heartwarming feeling that overwhelms us when we come across a dog adoption story, especially a story as beautiful as the Tyler Matakevich story. This story is full of a warm fuzziness that’s accompanied by a faith that good people do still exist. 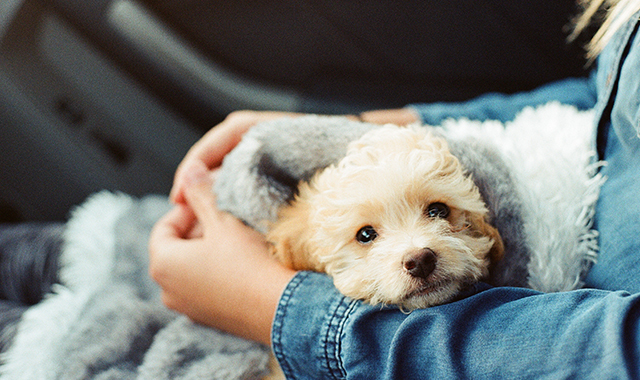 There are over two million canines and felines that are euthanized each year, in the United States. That’s over two million loving animals being put down because animal shelters are filling up. Shelters just aren’t able to accommodate every stray or stranded animal across the country. These animals deserve the love and the comfort of a permanent home.

Tyler Matakevich’s story stands out. Professional footballer, Matakevich, was drafted into the Pittsburgh Steelers team in 2016 as a linebacker. He grew up in Trumbull, Connecticut and ended his college career playing football at Temple University in Philadelphia, Pennsylvania. He’s won the Bronko Nagurski Trophy as well as the Chuck Bednarik Award, proving his athletic talent to the National Football League and beyond.

In the spring of 2017, Matakevich became an even bigger American hero via the Internet. He’s already become a household name for playing football for the Steelers and for overcoming doubts in his athletic abilities. However, it was his heart on his sleeve that won everyone’s hearts this past year. As a pet lover and dog owner, he agreed to partake in a photo shoot in Philadelphia for the anti-animal cruelty campaign Show Your Soft Side.

Matakevich showed up to the photo shoot by taking the train. He had zero intentions of adopting a dog that day. An idea of a future furry adoption was circling his mind because his 13-year-old dog was in need of a companion. However, it wasn’t an ideal time for Matakevich to adopt with his blooming football career.

During the photo shoot, the professional football player was handed a gorgeous, small, black puppy by the name of Jerrica. Little Jerrica found herself comfortable and at home in Matakevich’s arms, where she fell asleep immediately. There was an instant love between the pair and everyone present could see the warmth in Matakevich’s eyes.

Jerrica had been named after a character in the cartoon “Jem and the Holograms.” She was saved from a puppy mill in Delaware by a nonprofit called Renee’s Rescues.

Matakevich couldn’t get the little pup out of his head after meeting her during the shoot. The day after, Matakevich’s girlfriend drove up to Philadelphia to adopt this lovable puppy. Jerrica was renamed Bailey and she has become a great play buddy for their senior dog. She’s cherished by her new family and is fitting in perfectly.

Show Your Soft Side 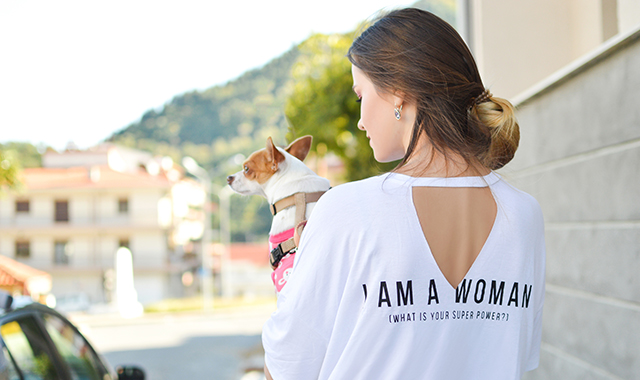 The small project of a few school posters, to fight the notion that animal abuse was a “manly” endeavor, evolved after the media caught a whiff of their idea. These posters spread across the internet and a nonprofit was born in 2013. It’s run completely by volunteers with their hearts on their sleeves. This nonprofit is fighting the misconception that animal abuse makes a man when, in fact, compassion is what creates a man. They want to put an end to animal cruelty and support animal rescues across the globe.

Renee’s Rescues has its home base in the state of Delaware, dedicated to saving pups from puppy mills. They also support other community programs with similar goals, including a major focus in Lancaster, Pennsylvania. They save these puppies and find the perfect, loving homes for each pup that’s rescued.

They also increase awareness on the subject as well as fight to make stricter laws on dog breeding and animal welfare. They are also run completely by volunteers and all donations to Renee’s Rescues go directly to their efforts.

Puppy mills are infecting the world and it’s especially an abundant issue in the United States. It’s a bigger problem than most Americans are aware of and it’s happening behind closed doors. Puppy mills are defined as large dog breeding operations that are created solely for money purposes. All the while, ignorant human beings are neglecting the dogs they are breeding, as well as the masses of puppies that are being born.

These innocent pups are raised in disgusting environments. They are fed little and almost always physically abused. These horrendous conditions create very sick, sad, lonely canines. There are suspected to be at least five thousand puppy mills in operation in the United States alone, well beyond even the horror stories we hear daily in the media.

Animal abuse and neglect have been an issue for far too long. Organizations and communities are taking a stand to fight for awareness and animal welfare laws. Tyler Matakevich has a platform as a football player for the National Football League that most don’t have and a voice that can be heard countrywide.

New York City and the state of Tennessee have both created animal abuse registries to blacklist abusive pet owners from having the ability to adopt or purchase more pets. Many other states and counties are attempting to follow suit. A national registry has been in the works as well, with many great people dedicating money and hours to passing these laws. This is just one step to protect animals from the hands of the evil. If we keep up the good fight, progress will continue.

Seeing someone with notoriety not only become involved with such strong campaigns but going out of his way to adopt a rescue from a puppy mill is an inspiration to all of us. We can only hope we hear more heartfelt stories across the globe.